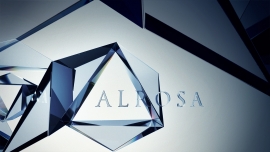 Russia's ALROSA has announced that it has gained direct access to trading at Moscow Exchange’s FX Market, and that the first trades were executed on April 4, 2017. As of January 16, 2017, Russia starting permitting select non-financial institutions to participate in the FX market directly on equal terms with banks and brokerage firms. So ALROSA, a non-financial institution, can now directly access the foreign exchange market and trade forex without the use of an outside broker.*

Reuters reports that Russian energy company Rosneft also started direct foreign exchange operations on the Moscow Exchange, saying the move could potentially lead to lower rouble volatility. Large companies got the option to trade directly since January, in a move aimed at boosting liquidity on the exchange. "The number of participants will increase. This is positive and can lower volatility, as well as narrow spreads between currency purchases and sales," Alexander Polonsky, deputy head of the monetary policy department at the central bank, told reporters on Wednesday. Both Rosneft and ALROSA have sold several tens of millions of dollars directly via the Moscow Exchange (MOEX) on Tuesday, Igor Marich, managing director of the money and derivatives market at MOEX, said. ALROSA plans to conduct up to 50 percent of its all currency operations via the new tool, amounting to $150-$200 million a month, Interfax reported on Wednesday.

One of the primary advantages of this change, according to ALROSA's press release, is that, "A high level of information awareness with the possibility to buy at the market, and presence of a central counterparty, the functions of which performs the Bank National Clearing Centre, which guarantees the discharge of liabilities to bona fide participants and relieves them from the necessity to assess risks and fix limits against each other."

According to ALROSA VP and CFO Igor Kulichik, “Access to the exchanging currency market will allow ALROSA to increase the efficiency of sale-purchase of FX, and will allow minimizing the costs of these operations. Clearing and settlement services of the Moscow Exchange ensure convenient and prompt settlements." Meanwhile Igor Marich, Managing Director of Money and Derivatives Market of the Moscow Exchange, says that: “The Moscow Exchange is working to expand the range of products and bring in new clients. Appearance of a new category of participants responds to global tendencies and will allow further boosting stock trading liquidity, and corporations will be able to enhance the efficiency of FX transactions while minimizing the risks. We are working with a number of major corporations interested in the access to trading at Moscow Exchange’s FX Market.”

*Thanks to colleague analyst Paul Zimnisky for clarification