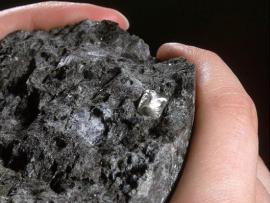 The most exciting news from a mining exploration stock is a high-grade drilling result. But what constitutes a good assay? It varies from situation to situation and commodity to commodity. Listed below is some rule of thumb information on interpreting drill results for investors.

The first thing investors must understand is that high-grade mineralization is relative to the depth of the intersection and relative to the size of the intersection. Today’s mining technology allows mining on a vast scale, with large open pits and huge 200-tonne mining trucks capable of processing large volumes of ore at a low cost. This is possible, provided the zone is near surface and the ore zone is large enough to be mined in bulk. Open pits are generally less than 300 metres deep and are several hundred metres in diameter. Two questions to ask are:

If both of these questions can be answered ‘yes’, then the threshold for what constitutes ‘high-grade’ will be dramatically lower. As a rule of thumb, open pit mining can process ore for $10 per tonne and, where the ore grade is more than double that at $20 per tonne, results would be economic. Consider that 1% of a metric tonne is 22 pounds. Then, for a commodity worth about $1 per pound such as zinc, 1% zinc worth $22 per tonne becomes interesting. Grades triple that, worth $66 per tonne when less than 300 metres deep and more than 100 metres thick, would be considered high-grade.

Economic diamond mines are generally small even though they are commonly shallow deposits mined by open pits. The contained value per tonne can be extremely high, but varies from deposit to deposit, depending on the quality and size distribution of the contained diamonds. Larger diamonds are much more valuable than smaller ones, and consequently, two diamond deposits with the same grade, which contain different proportions of large stones, will vary significantly in their value per tonne of ore.

As a general rule of thumb, 1 carat/tonne of ore is viewed as high-grade. The geometry is important. Diamond pipes are carrot-shaped, vertically inclined bodies that come to surface and can be mined by open pits, and then, if the grade is high enough, can also be mined from underground. Diamond pipes are usually comprised of a rock called kimberlite which gushed up from deep in the earth carrying diamonds. The diamonds were not ‘born’ in the kimberlite; it is only a medium of transport. The diamonds that survived the long voyage to near surface are found in what is called the diamond stability zone. Diamonds can often occur in dykes, and these are much less preferable for mining due to the limited thickness of the bodies. So look for grades approaching 1 carat/tonne and a description that the sample comes from a pipe rather than a dyke.

In early stage diamond exploration, values are presented as a diamond count rather than a grade. Here the rule of thumb is to have a minimum of one diamond per kilogram sample. One example was Diamonds North Resources, which reported results of 551 diamonds in an 81.75 kilogram sample, for a diamond count of approximately seven diamonds per kilogram sample. This is seven times greater than what we hold as our rule of thumb, and so it’s not surprising that the stock went up over 100% from $0.75 to $1.80 in the day following the release of this result. However, there were not enough commercial-sized diamonds and the project is now on hold.

These guidelines should give the reader a general idea of what is high-grade in a news release. It is important to think of assays in terms of what they mean in dollars per tonne, using the idea that a deposit is generally profitable if the metal value is twice the mining cost. Also it is necessary to determine if the deposit can be mined as a bulk tonnage or low tonnage project before considering whether a news release ‘makes the grade’ or not.