In Defence of Kimberley Process, An Open Challenge To Detractors 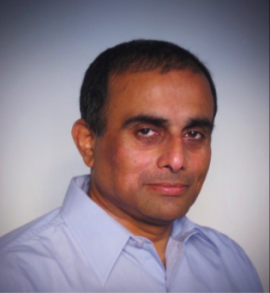 "The Kimberley Process (KP) is one of the key institutions that the diamond industry depends on to deliver the assurance that not only are rough diamonds responsibly sourced," writes Vinod Kuriyan, chief editor of GEMKonnect and a veteran analyst of the diamond industry, "but that they deliver fair value to artisanal miners and the local communities in the sourcing area." His defence of the KP was prompted by Martin Rapaport's statement on stage last week at the Mines to Market conference organized by the Gem & Jewellery Export Promotion Council (GJEPC) in Mumbai that the KP is 'bullshit", and by the lack of response to this statement on the part of diamond industry participants in the audience.

Kuriyan's argument bears repeating: "With all its cumbersome procedures and the sometimes near impossibility of getting a consensus among all the participating governments, the diamond industry should be proud of the KP. It really stopped conflict diamonds and is now grappling with the issue of delivering fair value to artisanal communities. Without the KP, the consumer will see the diamond industry as just another exploitative undertaking that is driven by greed and is uncaring about what happens to local mining communities.

And despite the fact that it is run by various governments, the diamond industry and its organisations like the World Federation of Diamond Bourses (WFDB) and the World Diamond Council (WDC) are key components of the KP. The KP is the diamond industry’s very own institution. It is essential for the diamond industry’s credibility. Which is why I was horrified when Martin Rapaport called the KP 'bullshit' ... If the diamond industry stands mutely by while someone says the rough production data generated by the KP is worthless, it is telling the world that one of the pillars on which it rests its consumer assurance process is itself worthless."

Kuriyan has issued a challenge to Martin Rapaport to back up his statement with fact and sound argument rather than unfounded insults. He further challenges diamond industry representatives to account for their silence in the face of Rapaport's dismissal of the KP's credibility. "Creaky and slow it may be," writes Kuriyan, "but the Kimberley Process is not bullshit. By allowing Martin Rapaport to get away with calling it that, the diamond industry told the world that it was itself a 'bullshit' industry."