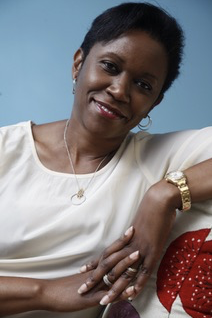 The World Diamond Council (WDC) announced that the Board of Directors has named Ms. Marie-Chantal Kaninda as Executive Director effective March 1, 2017. Ms. Kaninda will be replacing Patricia Syvrud, who is stepping down on February 28th. Ms. Kaninda brings to the organization over 20 years of industry marketing and stakeholder engagement experience, having worked for companies such as Anglo Gold Ashanti, De Beers and Rio Tinto, mostly in Africa. A resident of the Democratic Republic of Congo (DRC), Ms. Kaninda is fluent in French and English, and since 2012 is the Chair of the Anti-Corruption Initiative for the Private Sector for the DRC. She also sits on the Board of Directors of the Diamond Development Initiative and Procredit Equity Bank.

“We are thrilled to have someone with Ms. Kaninda’s background and experience take on the role of Executive Director of the WDC,” stated Andrey Polyakov, WDC President.  “Her perspective will be invaluable to the industry work within the Kimberley Process reform initiative, which will take place this year and next.” He continued by saying, “We thank Ms. Syvrud for her professionalism and assistance in building the WDC into the organization it is today, and wish her the very best in her future endeavors.” Ms. Kaninda will be providing overall leadership to the organization, liaising and developing relationships with key stakeholders, and coordinating the representation of the WDC within the Kimberley Process, in addition to general organizational management.

Established in 2000, the primary objective of the WDC is to represent the diamond industry in the development and implementation of the regulatory and voluntary systems to control the trade in diamonds embargoed by the United Nations or covered by the Kimberley Process Certification Scheme (KPCS).