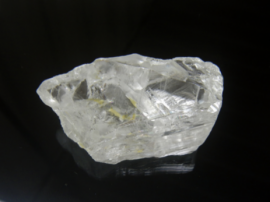 Lucapa Diamond Co., the Australian miner with its main operations at the Lulo Diamond Project in Angola, hqs confirmed recovery of a high-quality (Type IIa, D color) 227-carat diamond. It is the second largest diamond recovered to date at Lulo, following the recovery of a 404-carat stone a year ago. The latest diamond was recovered using Lucapa's new XRT large diamond recovery circuit recently installed at Lulo, and derived from its new Mining Block 28. It is the 7th +100 carat diamond recovered to date at the project. The company writes, "Mining Block 28 is located approximately 4km south of Mining Block 8 and north of Mining Block 46 [the locations of previous +100 carat finds] providing further evidence that the entire ±50km length of the Cacuilo River within the 3,000sq.km Lulo concession hosts large, valuable diamonds." The company has yet to valuate the diamond, but comment, "It is expected to be worth in excess of the cost of the XRT unit."

Lucapa Managing Director Stephen Wetherall said, "It is fitting that within a week of the anniversary of recovering Angola's biggest diamond, the 404-carat 4th February Stone, we have now recovered Angola's second biggest diamond on record, our 227-carat Lulo gem. Both were recovered during the Angolan wet season. Significantly, it also reinforces the game-changing potential of the kimberlite program we are advancing at Lulo, which will will soon involve three rigs drilling multiple priority targets in the very areas where we are recovering these large premium-value diamonds."