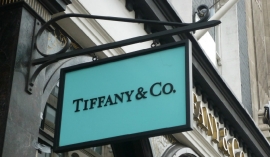 Tiffany & Co.’s Chief Executive Officer, Frederic Cumenal, has decided to step down from his post. The Board of Directors is actively searching for a successor, but until then, former CEO Michael J. Kowalski will serve as Interim CEO while continuing as Chairman of the Board of Directors. In a statement, the company said the decision was based on its disappointing financial results and that the brand needed to improve its performance. The announcement was made just hours before Tiffany unveiled Lady Gaga as the face of The Tiffany Hardwear collection, as well as its first-ever Super Bowl commercial.

Mr. Kowalski said the company remains focused on, “enhancing the customer experience, increasing the rate of new product introductions and innovation, maximizing marketing effectiveness, optimizing the store network, and improving our business operations and processes, all while efficiently managing our capital and costs."

The Company reported slightly improved sales over the holiday season, however this was mainly due to “favorable gross margins and prudent expense management”, Frederic Cumenal said in statement. Tiffany has faced quite a few hurdles recently; protests against President Trump outside the New York Trump Towers affected sales at their 5th Avenue flagship store.

The company thanked Cumenal for his efforts: "At a time of continuing challenges in the global luxury market, Frederic has enhanced the management team and taken important steps to position Tiffany for success in the long term." Prior to his appointment as CEO in April 2015, Cumenal served as president of the company with responsibilities for worldwide sales and distribution as well as design, merchandising and marketing functions.

The company is expecting to report its fourth quarter figures as well as full 2016 fiscal year results on March 17, as well as a forword looking statement regarding their expectations for 2017 fiscal year.