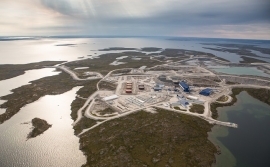 Dominion Diamond Corp., the world’s third largest producer of rough diamonds, announced CEO Brendan Bell will be stepping down. In a statement Bell said this decision was based on the Canadian company’s intended relocation of the corporate offices to Calgary.

“The decision to move the corporate offices of Dominion from Yellowknife to Calgary was necessary in order to reduce operating costs and support the long-term strength of the Company, and is one that I continue to support,” said Bell.
The relocation was announced in November and should be completed by mid-2017, resulting in annual savings of $14.4 million. His resignation was announced two years after it was made permanent in July 2015. Bell will stay on until June 30, giving the company sufficient time to find a successor.