LVMH Records 5% Revenue Increase To $40B 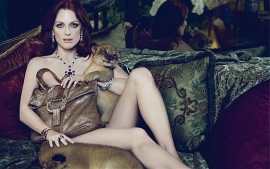 LVMH Moët Hennessy Louis Vuitton, the world’s leading luxury products group, recorded a 5% increase in revenue, reaching $40.08 billion (€37.6 billion). With an organic revenue growth of 8%, Q4 saw an acceleration compared to earlier in the year. Europe, the Unites States and Asia, excluding Japan, remain well positioned and continued to show significant improvement. This slower demand in Japan and France was likely due to the continued decline in the number of tourists. The strongest performers included fashion and leather goods (+34%) and wine (+13%).

“LVMH achieved an excellent performance in 2016 within a context of geopolitical and economic instability,” said Bernard Arnault, Chairman and CEO of LVMH. Despite a climate of geopolitical and currency uncertainties, the Watches & Jewelry business group - which includes De Beers Diamond Jewellers - recorded an organic revenue growth of 5% to $3.71 billion. This accounted for 9% of LVMH's overall revenue. Bvlgari continued to gain market share, especially in China, Korea and in the Middle East, with enhancements to certain collections. TAG Heuer grew despite a difficult market for watches and made great progress, according to a company statement, benefiting particularly from the success of its new collections and its smartwatch.

Based on the performances of the various business groups, LVMH has cautiously set an objective of increasing its global leadership position in luxury goods for 2017.