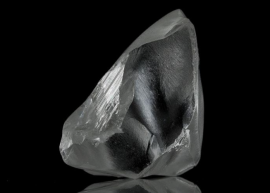 Australia's Lucapa Diamond Company has been granted a trading halt by the ASX pending the finalisation of negotiations to acquire a diamond mining project. The company expects to return to the market before the open on Tuesday next week, “pending the finalisation of negotiations”. Lucapa is focused on the development of its Lulo diamond project in Angola, which has already yielded impressive results. The company has recovered gems of significant carat from Lulo but is focused on finding the primary source of the alluvial diamonds.

The company produced 5,313 carats of diamonds from Lulo during the December quarter, an increase of 147% on the 2015 December quarter. This resulted in strong cash generation of US$14.5 million (A$19.2 million) from diamond sales, which was more than the entire diamond sales during FY2015. In 2016, Lucapa and its partners achieved record gross diamond sale revenues of more than US$51 million at an average of US$2,983 per carat, which is likely the highest price achieved from any run of mine production in the world.