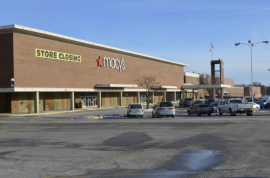 U.S. retailers are under threat of having no option but to close their stores and move their business to the Internet, write Lindsey Rupp and Molly Smith for BloombergMarkets. In the last 18 months, over 5,000 stores have closed their doors, with an additional 10% of all U.S. retail spaces being forced to repurpose or close down altogether. Although consumer spending this holiday season (Nov-Dec) increased overall by 4% to $658.3 billion, ending slightly higher than earlier projections, this can be attributed to deep discounts and online purchases.

“I’m sorry to say, but if you look at the picture for overall retail, it’s not good at all,” says Tim Wang, head of investment research at Clarion, which manages real estate worth $44. Macy’s Inc. and Sears Holdings Corp. are among the industry’s biggest names to announce they would shut the weaker locations this year. Following disappointing holiday sales and their stock being valued 17% lower so far this year, Macy’s announced they would close 100 stores, 68 of which this year, as well as slashing thousands of jobs.

Now that so many retailers are announcing the closure of their store-fronts, investors may be less skittish when companies cut down too, says Marshal Cohen, chief industry analyst at NPD Group. “When so many are doing it, they don’t look so bad. It’s almost wrong if you don’t close a store,” says Cohen. Rupp and Smith note that one of the main issues U.S. retailers are facing is that there are simply too many stores: approximately 24 square feet of retail real estate per capita. Canada, meanwhile, has only 16 sq.ft. per person. To illustrate: of 68 Macy’s stores scheduled to close this year, 41 are located within 16 km of a sister store. Stores are being encouraged to decrease their store-front presence and using the internet as an alternative.