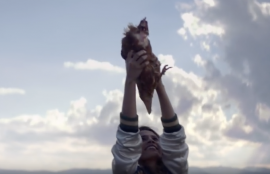 According to Thomas Biesheuvel of Bloomberg, the Diamond Producers Association (DPA) - an international alliance of the world’s leading diamond mining companies whose mission is to protect and promote the integrity and reputation of diamonds, and of the diamond industry - will ask its backers to raise its budget to as much as $60 million a year. DPA chief executive officer Jean-Marc Lieberherr declined to comment on the article. The DPA's original budget was $6 million, and as JCK's Rob Bates reported in October, the 2016 budget was $12 million. At the time, Lieberherr told Bates that its budget would “significantly increase” next year, but no figure was given. Time will tell if the seven mining companies - ALROSA, De Beers, Dominion Diamond, Gem Diamond, Lucara, Petra and Rio Tinto - that provide the bulk of DPA's financing will commit to that sum. For a sense of perspective: De Beers used to spend in the region of $200 million annually on marketing. The mining giant does not disclose its marketing spend on the Forevermark brand, but industry estimates put it at around $100 million a year.

The DPA launched its "Real is Rare. Real is a Diamond" campaign in 2016. It is the first category marketing campaign in eight years and decidedly does not pick up where its predecessors left off. Aiming to create desirability for diamonds among millennials and build the long-term equity of the diamond category, gone is the “A Diamond Is Forever” catchphrase as well as many of the familiar jewelry tropes. In its place are young couples living life as an unpredictable experience rather than conforming with traditional ideals - even the ideals of marriage. The challenge, as Lieberherr told The Diamond Loupe, is to address, "A perception that diamond gifting is part and parcel of prescribed social conventions, (such as formal engagement and marriage rituals), which do not resonate personally with millennials to the same extent as with prior generations ... Our aim is to establish diamonds as a metaphor for these real, precious connections and relationships they chose to make, which we can do because precisely nothing is as genuine and authentically rare as a diamond."