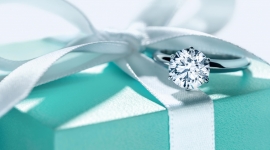 Tiffany & Co. reported its sales results for the holiday period, the two months leading up to December 31, 2016. Worldwide net sales improved slightly as opposed to the previous year to $966 million from $961 million a year before, due to a sales growth in Asia-Pacific and Japan. These results were offset by lower sales in the Americas and Europe as worldwide comparable store sales declined by 2%.

"These overall holiday period sales results were somewhat lower than we had anticipated, but we continue to benefit from a favorable gross margin and prudent expense management,” said Tiffany’s CEO Frederic Cumenal. “Although we do not anticipate any significant improvement in 2017 to the macroeconomic challenges that we faced this year, we continue to focus on our initiatives to enhance our stores and our customers' experience, and to add newness to our product assortment, while maintaining effective marketing communications and a well-developed supply chain. We believe executing on these initiatives, which are within our control, will contribute over the long-term to strengthening Tiffany's competitive position among global luxury brands."

In the Americas region, sales declined by 4% on a y-on-y basis, which in part could be attributed to post-election traffic disruptions resulting in a 14% decline in sales at the Company's Flagship store on Fifth Avenue in New York. Asia-pacific and Japan reported sales increases of 7% and 16%, likely due to higher spending by local customers. Europe’s total sales totaled $119 million, 10% lower than it had last year, as demand across Europe was reportedly weak. For the fiscal year of 2016 Tiffany is expecting to see a continued decline in worldwide net sales by a low single-digit percentage from the previous year.