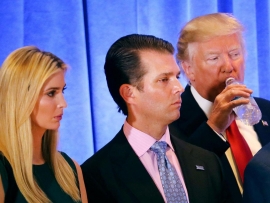 In his latest Diamond Intelligence Briefs, “Keeping Stock of U.S. Kimberley Process Certificates”, industry analyst Chaim Even-Zohar takes another hard look at the U.S. rough diamond trade and the country’s half-hearted approach when it comes to implementing Kimberley Process (KP) certification standards domestically. The title alludes to his impression that nobody, or at least not the government charged with doing so, is in fact keeping stock of empty KP certificates. For issuing KP Certificates, the U.S. government relies on the United States Kimberley Process Authority (USKPA), a not for profit trade association that licenses shipping and diamond companies to issue K.P. Certificates for exports of rough diamonds from the United States. Or, as Even-Zohar writes, it “outsources” verification of those KP Certificates “to the level of the exporter”, “shunning legal liability” and passing the buck down to those whom the KPCS is intended to monitor.

In this respect, the subheading to his essay, “Will the Trump Administration Revitalize Domestic Diamond Industry”, is somewhat misleading: he assumes from the start that the diamond industry will have an ally in the form of first daughter Ivanka Trump and her husband (and Senior Advisor to the President) Jared Kushner; but the real question is whether the president will exercise his KP authority in the U.S. to do anything more than use the KP to advance U.S. foreign policy objectives – something in which the State Department (S.D) has shown, according to the author, “extraordinary interest” in the past. Will the Trump administration be interested enough in the rough diamond trade to assume the legal responsibility invested in it to supervise that trade according to KP minimal standards?

First daughter Ivanka Trump will bring intimate knowledge of the diamond and diamond jewelry business to the administration, even if – as announced on Jan. 11 – she will take a formal leave of absence from The Trump Organization and her diamond jewelry brand while her father is in office. The most obvious impact would be a boon for the American diamond business and reinforcement of the already solid relationship between the government and the Diamond Dealers Club: “It is not unreasonable to expect that the New York diamond community will remain important to both Ivanka and her husband … They can do many good things for the sector,” writes Even-Zohar.

He speculates that the prior entanglement of the company behind Ivanka’s jewelry brand (Madison Avenue Diamonds) in a lawsuit with Indian De Beers sightholder KGK Jewelry (which Madison lost) has focused her awareness – and potentially that of the White House – on issues of consumer protection and confidence in the jewelry industry. “The New York diamond industry could not have dreamt of better informed friends in Washington.” Even-Zohar further suggests the possibility that President Trump could take a hands-on role in the diamond trade concerning issues he has championed more broadly, such as employment and trade regulations. “There is virtually no diamond manufacturing left in New York. Will President-elect Trump bring the cutters back?” The core issue, however, is to what extent the administration gets involved in implementing the Kimberley Process Certification Scheme.

Even-Zohar starts by explaining, “The KP falls unquestionably within the sphere of responsibility of the U.S. President”, yet the most active player is the State Department, whose main interest in KP regulations appears to be policing other countries to further American interests. Sanctions against Zimbabwe’s diamond trade imposed in 2011, which have yet to be lifted (the EU lifted its sanctions in 2013), is one clear example. Another is the partial resumption of rough diamond exports from Central African Republic last year: “Without taking away any credit from the KP Chair, the (partial) lifting of sanctions on CAR diamond exports was made possible because the S.D. favored it – as the U.S. had an overall interest.” Inside the U.S., however, KP authority is delegated to “half a dozen governmental departments and agencies” in a terribly bureaucratic system.

“Right from the earliest days of the KP,” he writes, “the S.D. was less concerned with implementation in the United States – and mostly focused on protecting overseas foreign policy interests.” Some claim that the U.S. fails to even meet the “minimal requirements” of the KPCS, and the perception among the 81 member countries is there is one law for the U.S. and another for the rest. It has been spared excessive criticism because of its strong “automatic allies” in the KP (Australia, Europe, Canada) and its “cozy relationship” with KP NGOs, which often rely on the U.S. for their funding. As Even-Zohar sums up: “In the last KP Peer Review Mission to the U.S. (2012), no representatives of civil society participated. Undoubtedly, if the same U.S. standards would be applied in African countries, Dubai, Switzerland or elsewhere, the NGOs would have had a field day writing biting critical reports.” Instead, they chose to turn a blind eye. This, however, could change.

KP Certification Quagmire: Where does the buck stop?

The USKPA is responsible for issuing KP Certificates in the U.S., but as Even-Zohar points out in great detail, there are many inconsistencies, statistical anomalies and red flags pointing to the fact that there is “a perceived lack of any meaningful oversight” of the rough trade in the U.S. The wild statistical fluctuations in its rough trade point to rampant ‘round-tripping’ (multiple imports and re-exports of the same goods to pump up business figures and obtain financing from banks, which makes legitimate funds available for money-laundering or more lucrative investments, among others), though he believes this is likely from foreign actors rather than the domestic industry. In short, “Something is awfully wrong.”

Nevertheless, one positive development is that, in September 2016, the U.S. State Department, Census Bureau (tracks official trade figures) and USKPA announced they had formalized a Public-Private Partnership to, “enhance the process by which the U.S. industry can acquire government validated KP Certificates.” It has been a long time coming (the USKPA was formed in 2003), and is good news, even if there are no reports on its implementation just yet. Still, Even-Zohar asks why the USKPA was needed in the first place. The answer: because the U.S. government “has never assumed the responsibility of issuing the governmental KP Certificates.” But if a reputable not for profit entity has been doing it for 13 years, there should be no problem … but there is, because, “The USKPA is also shunning legal liability.”

This has not escaped the notice of KP Peer Review missions, which “politely” advocate for the removal of a disclaimer on U.S. KP Certificates: “The issuer of this certificate accepts no responsibility relating to the accuracy of the data recorded by the exporter of the referenced shipment.” Needless to say, this is dumbfounding. Even-Zohar writes: “How can a government issuing a KP Certificate get away with stating it is not responsible for its contents?”

The final pass of the proverbial buck concerns the uncertainty surrounding the entity in charge of safekeeping and administration of KP Certificates. Since 2003, this took place on the premises of Cecelia Gardner’s Jewelers Vigilance Committee (JVC). She will be stepping down as president and CEO in 2017, so a replacement was sought and found in Jerry Ehrenwald, CEO of the International Gemological Institute (IGI), who was elected to USKPA’s board in December 2016 with the assumption that administration of the KPCs would be run out of their facilities. This arrangement lasted two weeks until Ehrenwald rightly realized “the possibility of potential conflicts of interest between himself, his organization and IGI clients”, as a global grading institute can hardly assume the role of private certifier and public monitor of the same goods with any claim to legitimacy.

All of which leads Even-Zohar to ask, “Is there anyone in charge of the stocks of certifications?” E-mail correspondence with the respective parties shows that Cecilia Gardner stated the administration of KP Certificates would remain the responsibility of the JVC, but Even-Zohar could not ascertain if they would actually be holding them. In the interest of transparency and clarity, his best-case-scenario resolution to this quagmire would be to relieve the USKPA of its voluntarily-assumed responsibility and have the U.S. government exercise its right to appoint a government “officer, official, department or agency” to take over.