Retail Predictions To Adopt In Order To Stay Relevant In 2017 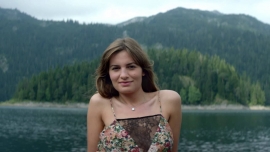 National Jeweler’s Editor-in-chief Michelle Graff made 3 Predictions regarding the retail market for 2017 based on current market trends and the way consumer demand is changing with the times. Retailers, including larger chains, will continue the 2016 trend of closing down. Women’s clothing retailer The Limited announced that they were closing all their stores and operating strictly online. Macy’s too has announced that, after disappointing holiday sales, they would close down 68 stores and plans on cutting 10,000 workers. This trend has also been adopted in the jewelry sector, where by the end of the third quarter last year over 895 jewelry stores in the U.S. and Canada had closed their doors.

In an interview last year, JBT President and CEO Anthony Capuano was asked whether he sees a possible reversal of the trend of jewelry stores closing in the foreseeable future. He said no, adding that “Retailers are really fighting for those dollars because they are fighting a whole pattern of purchasing”, indicating that increased competition through e-commerce and a change in consumer taste is strongly affecting the industry.

The Second prediction suggests that consumer experience remains an extremely important marketing tool. Advertisements need to encourage consumers to experience something rather than possess it. The Diamond Producers Association’s campaign last year, Real is Rare, conformed to this new way of marketing which targets millennials, who are known to value experiences over ‘things’. Jewelers are encouraged to provide a great retail experience to the customers who are choosing jewelry over experiences.

The last trend Graff highlights is now known as the “access economy”. This refers to goods and services being traded on a basis of access rather than possession, a trend that is plausible thanks to technology. Examples of this trend are Rent-the-Runway or Zipcar, both offering consumers to either wear clothes or drive cars, without the need to buy and maintain these products. Although this trend is unlikely to be adopted by the jewelry industry as a whole, Michelle does believe there is a market for a website that rents out high-end pieces for special occasions, which Adorn has made a reality.

Although all indicators point to severe cutbacks in the retail market, last week National Jeweler published firsthand sales reports from American jewelry retailers following the 2016 holiday season, and they claimed to be exceptionally pleased with the results. They noticed, “less price resistance, fewer procrastinators and big diamond sales.”