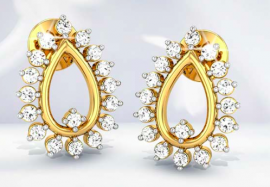 Dubai has imposed a 5% import duty (from 0.36%) on gold and diamond jewelry as of January 2017, opening the debate on who will win or lose: India's exporters of said jewelry, or their domestic market purveyors and consumers; local manufacturers in Dubai, or their exporters of Indian gold and diamond items? The Economic Times frames the debate as follows: "Dubai has imposed a 5% import duty on gold and diamond jewellery, a move which is likely to hurt Indian exports at a time when demonetisation has hit business at home. The new levy may, however, boost bridal jewellery sales in India because many Indian shoppers had turned to Dubai owing to the cheaper gold there and the price difference may no longer be attractive enough." Furthermore, exporters may also stop using Dubai as a hub and start exporting directly to destination countries. Currently, a significant portion of demand for India's bridal jewelry goes to Dubai to take advantage of cheaper gold prices. However, the latest move by the country's government may keep bridal jewelry shoppers home.

India's Gem and Jewellery Export Promotion Council writes, "The move may provide a fillip to local manufacturing of jewellery [in Dubai] over time, though some reports suggest that the import duty could subsequently be followed with the levying of a VAT on local sale of jewellery as well." Depending on the source, anywhere betwen 30% and 50% of gold jewelry consumed in Dubai comes from India. The new tax seems certain to hurt some big exporters to Dubai from India, yet it will also tarnish Dubai's reputation as a renowned shopping destination for gold jewelry purchases. Sanjeev Agrawal, CEO of Gitanjali Exports Corporation told Business Standard, "The jewellery business has in any case been facing an unfriendly business atmosphere in India since 2013, with the imposition of an increasing number restrictions that haven't spared even units in e-port zones. And now, the 5 per cent duty in Dubai, which has been a major market, will render Indian exports unviable." Agrawal sees some export units shifting to Dubai.

Not all exports from India to the Emirates will be affected as jewelry from India is mostly re-exported from Dubai to other parts of the world. Only the jewelry exported for local use in Dubai will attract a 5% duty. The duty will be imposed on all jewelry that is imported for sale within the country, though jewelry for re-export will not attract the levy. Rajesh Mehta, CMD of Rajesh Exports said, "While our 60 per cent of exports are to Dubai, we will not be affected much as we use Dubai as a hub to re-export the same jewellery. Duty has not been increased for such re-export."