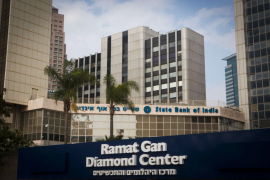 Rapaport notes the downward trend prevailed despite improving sentiment in December. Shmuel Mordechai, Israel’s diamond controller, said that while the slowing of trading activity continued for most of 2016, the first signs of recovery appeared toward the end of the year, with the industry’s agreement with the Israel Tax Authority in December providing a positive vibe.