Chinese Women Aren't Waiting For Men To Buy Them Diamonds 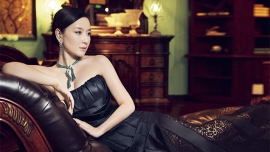 In 2015, Chinese millennials - specifically women aged 18 to 34 - accounted for 68% of Chinese diamond sales, worth $6.76 billion last year, according to research by De Beers. Jily Ji, a 27-year unmarried college graduate: “We don’t have to passively wait to be gifted a diamond by a man, diamond jewelry is a natural way to express ourselves. It’s a far better investment than most fashion items as it won’t only gain value, but can also be passed down through the generations.” In their "Diamond Insight Report 2016" De Beers points out that U.S. Millennial trends are carrying over to China - namely, self-purchases by educated, well-paid and liberated single women – with the potential for a new market to emerge out from under the traditional marriage market. Exposure to Western lifestyle has made Chinese millennials more inclined to purchase diamonds as opposed to jade or gold jewelry, contrary to older generations.

Furthermore, millennials are buying diamonds as fashion statements or as a reward for an achievement as opposed to a symbol of everlasting love. This change in trends has led companies like Chow Tai Fook and Lao Feng Xiang to create lines specifically for millennials. The lines will be fashion conscious and affordable, “as she’ll possess many, not just one diamond piece”, said Wang Ensheng, Marketing manager for Lao Feng Xiang.

Specifically for singles ... and divorcees

Branding for these collections will not depict couples in their images. Not only are women delaying marriage in order to build careers and establish financial footing, but the divorce rate in China has also risen, with more than 3.84 million couples splitting up in 2015, a 5.6 percent increase from the year before, said China’s Ministry of Civil Affairs in July. As a result, “Companies that are built on the institution of marriage, like diamond companies, will struggle a little bit unless they evolve,” said Joan Xu, Shanghai-based associate planning director at J. Walter Thompson, an advertising agency. Indeed, as Stephen Lussier, De Beers’ executive vice president for marketing suggests, Millennials getting divorced could ultimately be positive for the diamond industry. De Beers’ research from the U.S. found that Americans spend 20 percent more on the diamond ring bought for their second marriage than their first. “There’s no reason why second marriages in China should not take the same trend as in the U.S.,” he said. “This gives us an opportunity at a larger market.”