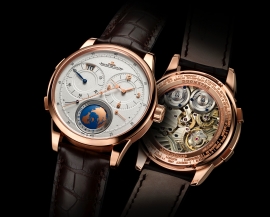 On November 14, Richemont announced they would cut 210 jobs, this following the announcement from Chairman Johann Rupert, who abolished the CEO position in the company’s biggest management shakeup since 2009. Swiss watch exports plunged 16 percent in October, the biggest monthly drop in over seven years, as demand weakened in almost every major market for luxury timepieces. “It shows you they don’t expect watch demand to bounce back strongly for the next year or two,” said Jon Cox, an analyst at Kepler Cheuvreux in Zurich. “They’re preparing for the new reality in the industry.”

Withering demand in Asia has spread to Europe and the U.S. this year and has led Richemont to buy back unsold inventory from retailers and refocus on more affordable pieces. The company's first-half operating profit fell 43 percent to 798 million euros ($860 million). Separately, Richemont agreed to sell some investment properties in Paris, which it expects to boost this year’s operating profit by 150 million euros. After churning out more than 20 million timepieces annually for two decades, demand is drying up.

Bloomberg writes that the union is asking Richemont to consider other measures, such as partial unemployment. The company isn’t open to that because a strong rebound in demand for gold and jewelry watches is unlikely, a Richemont spokeswoman said. “Our region has almost 200 years of tradition in the watchmaking industry,” said Nicolas Rochat Fernandez, 33, a lawmaker representing Le Sentier in the local cantonal parliament. “We need a strong industrial footprint here. We need jobs. If things start going badly, everyone will suffer.”