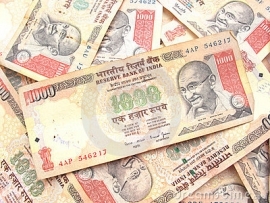 Small and medium diamond traders in Surat, the world's largest diamond cutting and polishing center, are facing difficult days due to the cash crisis and the government's demonetization decision. But as The Times of India writes, "The big diamond units are upbeat as exports of polished diamonds from India are poised to increase in the coming quarter. The diamantaires believe that the demonetization move is not going to affect polished diamond exports from India because of demand during Christmas and in view of Donald Trump's ascension to the US Presidency." The industry is hopeful Trump's domestic policies will generate more disposable income for Americans and cause demand to rise. How a president-elect lacking the power to introduce economic policies until 2017 will go about creating more disposable income for Americans in the next quarter, however, is anyone's guess.

The alleged Trump effect aside, Gems and Jewellery Export Promotion Council (GJEPC) officers said polished diamond exports are likely to increase in the range of 10% in the coming quarter due to demand during Christmas in the US. "Demonetization of currency won't affect India's polished diamond export. We may rather see a rise in exports by almost 10%," said a GJEPC official. Diamond analyst Aniruddha Lidbide said, "About 90% of the diamond industry in the country is export-based and hence there is unlikely to be any huge impact on the sector as a whole. Export houses get paid in dollars. Hence, they do not have any cash crunch at the moment. It is the big survival issue for small and medium diamond units and traders in Surat." GJEPC regional chairman Dinesh Navadia said, "Small units are yet to reopen and it is unlikely they will open before December first week. Demonetization of the currency will have a huge impact on these units, while the big ones will continue to operate without any issues."