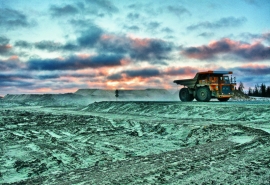 The United States Supreme Court became the seventh separate court to agree with PJSC LUKOIL (Grib Diamonds is a 100% owned subsidiary of LUKOIL) that Archangel Diamond Corporation (ADC) Liquidation Trust’s case against LUKOIL could not be pursued in the United States. By this decision the Supreme Court has put an end to ADC’s pursuit of any further litigation in the United States. The verdict of November 7, 2016 is final and non-appealable. The case was initially filed in November 2001 in Colorado State Court. For the next 15 years, the case progressed through both the Colorado state court system and the federal court system. Initially, the lowest state court dismissed the case; that ruling was ultimately affirmed by the Colorado Court of Appeals and the Colorado Supreme Court, ending a long-running action accusing LUKOIL of being engaged in an illegal scheme which led Archangel Diamond Corporation (ADC), a Canadian diamond development company, to bankruptcy

The dispute arose in connection with an agreement ADC entered into with Arkhangelgeology (AGE), a Russian state corporation, to form a joint venture in order to finance exploration and development of diamond fields in Russia. AGE was privatized in December 1995 and became known as AGD. In 1996, AGD won the Diamond License and in 1996 opened a diamond pipe worth billions, according to the documents. ADC alleges that after LUKOIL took over AGD, the Russian company initiated an illegal scheme to cut ADC out of the joint venture and diamond mining operation. “After obtaining as much investment as it could”,  LUKOIL intended to “bleed ADC into bankruptcy and to cause it to lose its contractual rights and investment.” “As a result of this Illegal Scheme, ADC was forced into bankruptcy in 2010, and lost the value of its over $30 million investment as well as over $400 million in profits which it would earn through its 40% share of the joint venture, plus up to $800 million in lost profits which may be generated by other diamond pipes potentially located within the scope of the Diamond License”, according to the complaint.

The Grib Diamond Field was discovered in the Mezen District of the Arkhangelsk Region of Russia in 1996. It is located 130 km north-east of Arkhangelsk and is Russia’s fourth-largest diamond field in terms of diamond reserves. It took more than $ 1 billion of investments to develop the Grib Diamond Field. It will be mined as an open pit to the depth of 460 meters, and then the mine will go underground to the level of 1,000 meters. It is planned to produce more than 57 million carats of diamonds by way of open-pit mining by 2027. The field's reserves are estimated at 100 million carats.