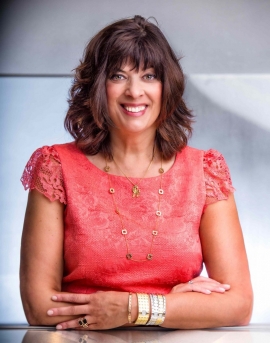 Mountain Province Diamonds, a 49% participant with De Beers Canada in the Gahcho Kué diamond mine located in Canada's Northwest Territories - said to be the largest and richest of all new diamond mines with anticipated annual production of 4.5 million carats - has announced that Borsheims Fine Jewelry president and CEO Karen Goracke has joined their board. Ms. Goracke is President and CEO of Borsheims Fine Jewelry, a Berkshire Hathaway company. She began her career at Borsheims in 1988 as a Sales Associate, but soon was promoted. In her time at Borsheims she has worked as inventory supervisor, watch buyer, ladies jewelry buyer, director of merchandising, and, in 2013, was named President and CEO by Berkshire Hathaway Chairman Warren Buffett.

“As Mountain Province prepares for its first sale of rough diamonds from the Gahcho Kué mine, we look forward to the contribution Karen will make in helping us understand the dynamics of the world’s largest diamond retail market in the United States”, said Jonathan Comerford, chairman of Mountain Province Diamonds. Mountain Province’s CEO Patrick Evans previously stated that the miner expects high-quality white diamonds with a good population of D color flawless stones, and a population of browns as well as potential for fancy yellows and a few pinks. Mountain Province will hold their inaugural sale of Gahcho Kué diamonds in Antwerp in January.