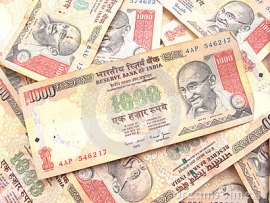 Last week's surprise announcement that the Indian government was imposing a ban on denominations of Rs 500 and Rs 1000 notes has already has already started to unleash a profound impact on the diamond industry and beyond. On the one hand, industry insiders are saying that payments in Surat would come grinding to a halt for at least the next two to three months owing to paucity of cash funds, and defaults as such would rise. Traders feel that payments for both rough and polished diamonds as well as workers' salaries made in cash would cease, given that Rs 500 and Rs 1000 notes are now out of the system. "The export houses may still be better off as they have US dollars with them, but the players who operate in the local market have no option at the moment. For the next two to three months, we do not see any payments happening," said Kirti Shah, a diamond trader and polisher in Surat. BBC News said this weekend that the ban is "hurting the poor" and causing "chaos" as banks are running out of new cash very quickly.

Meanwhile, gold and jewelry sales in India surged after the announcement as people start looking for hard assets to replace their cash “People are shocked and trying to figure out what to do with their money,” said Jatin Gajera, a manager at Laxmi Diamond, a diamond and jewelry manufacturer. “They’re paying high premiums because they need to convert their cash in a short period.” As Business Standard writes, Surat diamantaires who run their businesses on a 'culture of trust' and make payments in cash operate on a 'chitthi' (paper note) system. This system basically works on mutual trust and has been in practice for decades, and implies that the details of the diamond (color, cut, clarity) as well as the payment details would be printed on a piece of paper carrying a revenue stamp. The industry had been making efforts to move towards a more formalised agreement between two trading parties.

A similar initiative was already taken up by the industry in Mumbai, another major diamond trading hub after Surat, sometime back and already almost 50% of the traders there have converted to a more formal way of trade. The Indian government took the unprecedented step in an attempt to curb financing of terrorism and other subversive activity such as espionage, smuggling of arms, drugs and other contrabands into the country, the Ministry of Finance explained in a press release. High denomination cash often ends up in the gold and jewelry trade as well as the real-estate industry, explained a high-ranking official in the diamond industry. In the medium term the move will probably lead to a decline in jewelry sales. A trader, who did not wish to be named, pointed out that the amount of black money in Surat's diamond industry is humungous. In general, traders say that business would be severely affected until the new cash comes into the system. Some like Shah laud the government move and say that this was long overdue.