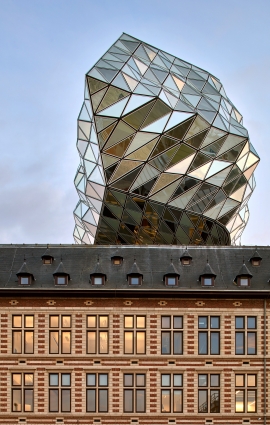 According to figures released by the Antwerp World Diamond Centre, the volume of rough as well as polished imports to the diamond capital rose during the month of October compared to the same period in a year ago, while exports of both categories slowed. Rough imports increased nearly 11% in volume to 8.4 million carats, representing the highest volume of October rough imports since 2012, though the value of those imports fell 7% to $900 million. For the first ten months of the year, the volume of rough imports is up 11.57% (78 million carats), while the value of those imports is up 6.38% to over $10 billion. October's rough diamond exports, on the other hand, fell more than 32% in volume and 29% in value year-on-year. Industry-wide, rough demand softened as prices firmed in October and factories in India scaled down their actitivity in preparation for Diwali closures at the end of the month. Antwerp's rough exports have increased 9.5% in volume and 8% in value during the first ten months of the year, with the value of rough exports exceeding $10.5 billion.

Antwerp's imports of polished diamonds in October increased 17% in volume year-on-year to 600,000 carats, while the value of those imports slipped 9.5% as the polished diamond price index slumped to its lowest level since March 2010. Meanwhile, polished exports took a 13% tumble in volume compared to October 2015, with their value falling equivalently, down 17%. Industry reports show that diamond markets were quiet in October as wholesale businesses closed for the respective Chinese, Jewish and Indian holidays. The majority of U.S. holiday orders had already been filled, causing trading to slow. Polished imports remain down nearly 7% in volume and 9% in value for the year thus far, while polished exports are down 10% in volume and 9% in value through the first ten months.