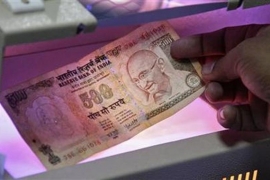 India’s Prime Minister Modi today announced that the existing 500 and 1,000 rupee notes, the highest denomination notes in the country, will be taken out of circulation in 24 hours, to be replaced by new notes of the same denomination. The current notes will no longer be valid as of tomorrow, November 9. The bold measure is intended to combat counterfeiting, (tax) fraud and corruption by making the so-called “black money” visible. The abolished notes can be exchanged at banks until December 30. In an extensive Q&A on Times of India, the RBI states that people will be able to exchange up to rs 4000 per person in cash, regardless of the size of the tender, while the rest will be receivable by way of credit to a bank account.