Rob Bates: On the Diamond Value- and Block-Chain 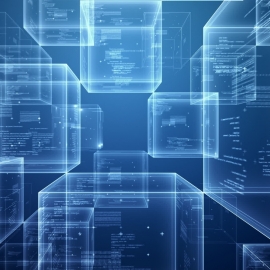 Current KP Chair Ahmed Bin Sulayem wasn’t the first to contemplate the possibility of integrating blockchain technology in the diamond industry, when he addressed the KP members during the Intersessional meeting last summer. In recent months, the term “blockchain” has been popping up more and more in conversations within the industry, especially on how the technology could increase transparancy, which in turn can for example, optimize operations or enhance a company's bankability.

Simply put, blockchain, which formed the basis for the e-currency bitcoin, records information on every transaction in a particular process and stores that information in multiple (network) places instead of just one location. In doing so, blockchain can create more transparency, making the information less vulnerable to fraud. In addition, the technology is an excellent tool to connect separate databases with each other.

While the KP chair hasn’t elaborated on the concept further – an update is scheduled for next month’s KP Plenary session – JCK’s Rob Bates had a chat with Everledger founder and CEO Leanne Kemp to find out what blockchain is and what it could signify for the diamond industry. Everledger is a UK based company that uses blockchain technology to detect insurance fraud with diamonds by linking various diamond databases from insurance companies and certain labs to each other. Anomalies, such as the submission of multiple claims on one particular stolen diamond, are thus easily discovered.

Translating the principles of blockchain to the KP, Bates writes, the technology could link databases of all 81 KP authorities who are issuing KP certificates to one another, providing more transparency on all the information involved in a rough diamond’s journey and the issuing of certificates. Although the implementation of such technology “will not happen overnight”, it could eventually render physical certificates obsolete, the KP chair said in it’s Intersessional statement.