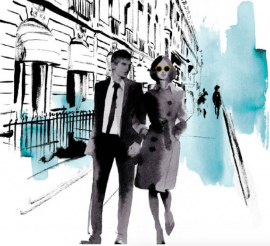 LVMH Moët Hennessy Louis Vuitton, the world’s leading luxury products group, recorded a 4% increase in revenue, reaching $29 billion (€26.3 billion), for the first nine months of 2016, the group announced in a press release. Organic revenue grew 5% compared to the same period in 2015. With organic revenue growth of 6%, Q3 saw an acceleration compared to the first half of the year. Asia showed a significant improvement during the quarter. The United States remains well positioned, as does Europe. Revenues in Japan were down, as they were in France, which continues to feel the impact of a decline in the number of tourists. Strongest performers in the first nine months included the Wines & Spirits (+7%) and Perfumes & Cosmetics (+8%) business groups.

The Watches & Jewelry business group - which includes De Beers Diamond Jewellers - recorded organic revenue growth of 4% for the first nine months of 2016, with Q3 its best of the year thus far with revenues of $967 million. This brought the group to a total of $2.7 billion for the first nine months. Bvlgari continued to gain market share, TAG Heuer made great progress in a difficult market, benefiting particularly from the success of its new collections and its smartwatch, and Hublot continued the development of its iconic lines, Classic Fusion and Big Bang. Chaumet furthered its progress, driven by the success of its Joséphine and Lien collections.

On another note, it has just been revealed that LVMH will not be selling their products on Amazon’s world-renowned marketplace. “The business of Amazon does not fit with LVMH full stop,” Kean-Jacques Guiony plainly stated during an explanation of the reasoning behind the Paris-based outfit’s latest major decision.