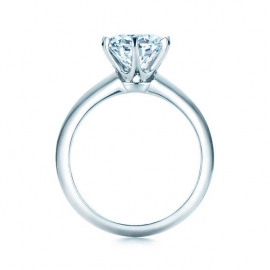 Earlier this week, Michelle Graff of National Jeweler reported that Tiffany's had been awarded $5.5 million in their legal dispute with Costco. A New York jury has now ruled that wholesale merchandiser Costco must pay them an additional $8.25 million, potentially bringing the total to $13.75 million pending the judges verdict.

Tiffany & Co's Senior Vice President and General Counsel Leigh M. Harlan said, “The award validates the strength of the Tiffany trademark, the value of our brand, and most importantly, sends a clear and powerful message to Costco and others who infringe the Tiffany mark. Tiffany is much more than a name,” she continued. “It stands for responsible sourcing, exacting standards, and exceptional craftsmanship. We felt a responsibility to protect the value of our customers’ purchases and to ensure that Costco‘s customers were not mislead about their purchases. It is critically important that the Tiffany name not be used to sell any engagement ring that is not its own.”