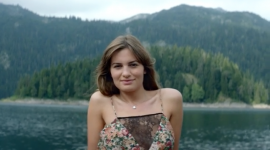 The highly anticipated launch of the Diamond Producers Association's "Real is rare. Real is a diamond" category marketing campaign is finally a fait accompli. Two intense ads featuring young couples will air on broadcast television and various digital platforms such as Hulu alongside a social media push. The Diamond Producers Association has also planned a major public relations initiative in its efforts to reintroduce young Americans to the appeal of a real diamond. Adweek writes, "The tagline's meaning is twofold: Just as "real" relationships are more authentic and desirable, the DPA wants to position true gemstones—instead of low-priced imitations like sapphires or cubic zirconia—as the same and have them represent the "real" relationship."

The Diamond Producers Association selected ad agency Mother New York last year to effectively reintroduce its products to a generation that is just growing into its spending maturity and has never been targeted by category marketing for diamonds. The campaign made its debut yesterday, positioning real diamonds as the truest symbols of a deep emotional commitment between two young people ... even if that bond isn't made official in the eyes of the law.

Check out the videos here and here.