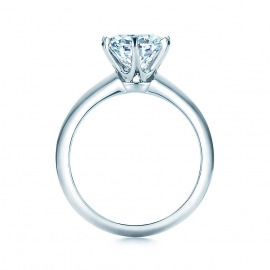 A federal jury in New York awarded Tiffany & Co. $5.5 million in damages last week in part one of a two-part verdict being handed down in its case against Costco Wholesale Corp., writes Michelle Graff for National Jeweler. As Graff points out, the settlement might be a pittance for Costco in particular - which realized more than $100 billion in revenues last year - "But it’s a big message for the jeweler that, like all retailers, is fighting for every consumer dollar in an increasingly competitive marketplace and that, perhaps, sees protecting its venerable 179-year-old brand as key to maintaining its edge." Graff spoke with Emily Miao, a partner at McDonnell Boehnen Hulbert & Berghoff LLP who specializes in intellectual property law; she said the case sends a message to the jewelry industry about using the term “Tiffany setting.” That message is: Don’t use it.

Tiffany's won the case a year ago when they were granted a summary judgment trademark infringement and trademark counterfeiting, as Graff reported then and now, and when the judge additionally dismissed Costco’s counterclaim that “Tiffany setting” had become a generic term that could be applied to any engagement ring setting created in the same multiple slender-prong style as a Tiffany ring. Now, Miao says that Tiffany is, “using this case to un-do what has happened to their (trade)mark. Now they have a way to segue into changing the jewelry industry’s behavior by using the Costco case. It is a publicity stunt, in that sense." Graff adds that the case also has kept Tiffany & Co. top-of-mind for consumers, particularly those deciding if, and where, they’d like to buy a Tiffany ring. Because, as Miao concludes, "This will help them sell more rings and jewelry. (Because), if you want a Tiffany ring, you’ve got to go to Tiffany to buy it.”