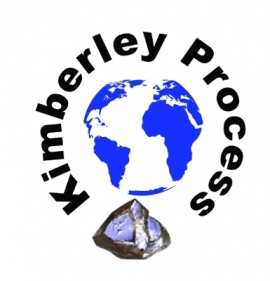 Last Friday, September 30, the second of three rough diamond valuation forums initiated by the current Kimberley Process (KP) Chair, Ahmed Bin Sulayem, was held in Antwerp. These valuation forums, which bring together an impressive cross-section of the diamond industry value chain, were organized in part as a response to criticisms that the KP has not done enough to counter the lack of (tax) revenue generated for diamond-producing countries – particularly in developing countries in Africa – but mainly as a sign of the deep commitment on the part of KP members to strengthen the sustainability of the Kimberley Process so as to improve the lives and livelihoods of its most vulnerable members in particular. The KP Chair granted The Diamond Loupe exclusive access to this high-level event.

Mr. Bin Sulayem opened the forum by highlighting what would become the topic of heavy discussion from myriad perspectives – including that of the major diamond producers, professional valuators and tender and auction experts, among others – during the rest of the day: namely, the need to study potential standardized methodologies to assist government diamond valuation.

A speaker then reminded the gathering of the initial idea behind the forums, namely: to come to a set of best practice principles on rough diamond valuation that could be introduced in all importing and exporting centers of rough diamonds. He noted that the members of the KP forum are indeed convinced that a level-playing field in this matter would definitely serve better the interests of the several African diamond-producing countries. And he revisited the conclusions of the first session: namely, that valuation should be done under the control of governments and it is necessary to establish proper diamond offices across the globe; furthermore, proper training of government valuators is needed, and the same methodology should be used.

The rationale behind this is that, “Despite their extraordinary natural resources, many diamond mining regions remain among the poorest in their respective countries and regrettably, attempts to regulate the diamond industry have been ineffective at raising living standards.” It was added that, “proper valuation at the first point of extraction becomes a necessity for almost all diamond-producing countries that export diamonds. For them, proper valuation is a matter of high importance.”  Yet he also pointed out the many difficulties of arriving at such proper valuation. So while the unanimity of participants concerning the urgent need for a standardized methodology to bring transparency and consistency to the valuation process was clear, equally clear is just how difficult this is to achieve in practice.

Clearly, there was no disagreement about the need for greater education and valuation expertise at the artisanal level. Another participant pointed out that the biggest concern for artisanal miners is value, and their poverty only compounds the situation: Artisanal miners, “need money right away and do not know the value of their diamonds,” so their diamonds are sold too cheaply. But, the participant continued, “cheap should not be unfair. We need a fair pricing system that enables companies to make their profit while miners get their share.”

The crucial issues then seem threefold: to simplify valuation at the ground level; to develop sufficient capacity to be competitive on the market; and to educate a team of valuators that not only know the quality of stones, but the circumstances in which they are being sold (market forces). The fact that market fluctuations – daily trades, polished prices, auction sales – can cause huge swings in prices is furthermore compounded by the fact that consumer demand is the ultimate factor when it comes to value.

Polished price list experts deepened the discussion on this particular topic, as they are the ones with their finger on the pulse of market sentiment and real-time transactions, and raised the topic of reverse engineering from polished to rough – an idea that gained traction. There was general consensus that reverse engineering could be an essential tool for proper rough valuation if and when accompanied by a unanimously agreed methodology and nomenclature of formatted sorting of rough parcels by well-equipped and trained valuators.

However, it takes years, and significant investment, to train a skilled valuator that can read the stones as well as the market. Another participant commented, “When we talk about standardizing, we are talking about standardizing methodology to get a consistent approach. Many other factors get overlaid, but standardization helps.” In short, valuating diamonds is extremely complex, extremely volatile and therefore highly unpredictable.

A further intervention laid out that the issue is contingent on the discrepancy between valuation models for small and major diamond producers: alluvial miners use an export-based revenue model while large exporters use the purchase price of diamonds to determine taxation. “There might be an alternative way. Export valuation for taxation purposes should be quantified independently of the local transaction price and raised based on a ‘rough trading center’ average trading price.” In other words, training and information should be shared between the most experienced importing centers and the diamond exporting authorities.

After the closed session, AWDC President Stéphane Fischler told us that the KP, “Is the one organization that provides a common thread throughout the rough diamond industry. It pulls together all of us who have made the decision to take positive steps. It is the right time to move this forward … and there is no doubt in my mind we will achieve the many fertile objectives discussed today as we move forward. Capacity building and governance are key. Where there’s a will, there’s a way … where there’s no will, there is no change.”

Mr. Bin Sulayem later told us: “What came out of today’s forum was a clear message that what we’ve learned so far takes us much closer to achieving our objectives. There was consensus that individual governments should take a greater role by establishing regional offices - and creating training programs to enhance the skills of valuation experts. Also to come out of the meeting was agreement that the industry should categorize rough diamonds by carats, color, impurity levels and so on, to create a standardized method of identifying a valuation starting point.” The third Rough Diamond Valuation Forum will be held to coincide with the KP plenary meeting in Dubai this November. The KP hopes to have a concrete proposal by then.