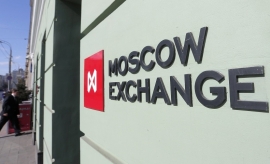 Russia may have been too generous in setting the price of shares in diamond miner ALROSA in a sale earlier this year and "leaving 20 billion rubles ($313 million) on the table" after its biggest asset sale in three years, according to Bloomberg. Economy Minister Alexei Ulyukayev declared at the time that the sale of the stake in the world’s largest rough-diamond producer by volume “exceeded expectations.” Priced at 65 rubles a share in the July offering, ALROSA closed on Monday almost 38 percent higher at a record 89.99 rubles, meaning the government effectively lost out on almost 20 billion rubles, the report states.

The sale, which mostly attracted investors from Europe, Russia and the Middle East, was part of an effort by the government to patch up the budget following the collapse in oil prices. Russia aims to raise 1 trillion rubles from selling off state assets in 2016, while also raising borrowing and cutting spending. The jump in ALROSA’s price since the July 8 sale compares with a paltry 4 percent advance in the Micex gauge. Bloomberg says the loss to the state coffers could have been worse, with Ulyukayev saying the government was ready to agree to price the stock at less than 65 rubles, with the shares eventually sold at a 3.8 percent discount to their closing level at the last trading sessions before the offering.

Goldman Sachs Group Inc. states three reasons why ALROSA has performed so well. In addition to strong global demand for rough diamonds, the Finance Ministry has proposed increasing dividend payouts by state-controlled enterprises to 50 percent, and the government removed a 6.5 percent export duty on rough diamonds as of September 1.