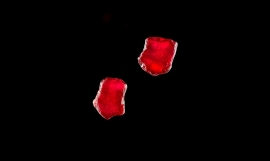 Gemstone miner Gemfields reports a jump in revenue to $193.1 million for the year ended June 30 from $171.4 million a year before. Meanwhile profit after tax almost doubled from a year before to $23.5 million from $12.3 million. The firm had cash holdings of $41.5 million compared with $28.0 million and the cost of its gemstone and Fabergé inventory was $107.2 million from $101.1 million last year.

Production of rough emerald and beryl from the Kagem mine in Zambia, in which it has a 75% holding, was flat at 30.0 million carats from 30.1 million carats. However, revenue was $101.2 million with a record $70.68 per carat price achieved.

At the Montepuez mine in Mozambique, which it also owns 75% of, production of rough ruby and corundum jumped to 10.3 million carats from 8.4 million carats last year. Revenue was $73.1 million, with an average price of $45.50 per carat. There was a 68% increase in higher quality rough rubies recovered.

Among the firm's new projects is the Dogogo South Block for emeralds in Ethiopia where a diamond drilling crew was mobilized in June and drilling commenced in July. In Colombia, Gemfields expanded the size of its operating team and in-country operations with further groundwork being undertaken. Meanwhile, trading centers were established in Colombo and Ratnapura in Sri Lanka for sapphires.