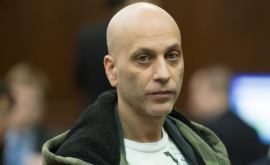 A New York security guard who took $5 million in diamonds accidentally thrown on a pile of garbage by construction workers outside a jewelry store will avoid jail time by agreeing to a plea. Wilfred Martinez, 48, pleaded guilty to grand larceny in Manhattan Supreme Court in exchange for six months probation, the New York Post reported.

He admitted finding three old wooden boxes that had been left on a pile of rubbish last November. Workers helping the company move to a new floor in the Diamond District building on Fifth Avenue near 47th Street junked the battered boxes, authorities said. Martinez took the gems stones, including one worth $3.2 million, according to court papers.

Martinez sold some of the stones to a jeweler in the same building where he found them for $74,000, according to the charges against him. He returned the rest – including the most expensive diamond – to authorities and, as part of the plea deal had to pay back $61,000. It’s not clear what happened to the remaining $13,000, the report concludes.