Future of Diamond Mine Development in Canada Faces Major Obstacles 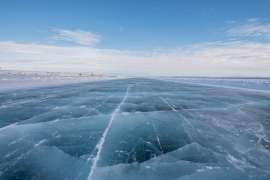 With the diamond industry - Canada's in particular - and news media awash with the big story of the official opening of De Beers'/Mountain Province's giant new diamond mine in the NWT, Gahcho Kué (the world’s largest new diamond mine in the last 13 years which is expected to produce approximately 54 million carats of rough diamonds over its lifetime), Albert Van Santvoort writes for Business in Vancouver that not all will be smooth sailing (or skiing, as you will) in the Canadian diamond mining industry going forward. "While the project might be considered a sign of a resurgent mining sector, the industry is not completely out of the woods. Exploration companies are concerned about finding future diamond deposits. It can take up to 20 years for diamonds to move from the mine to market, and some firms are worried they might not be able to consistently find new reserves over the next two decades," writes Van Santvoort.

Creating the conditions for opening a new mine does not happen overnight. Tom Ormsby, head of external and corporate affairs for De Beers Canada, said his company has been building a relationship and working with the Gahcho Kué community since the late 1990s, offering preferential hiring and procurement. Gahcho Kué was underpinned by a US$1 billion capital investment to develop the fly-in/fly-out remote mine site situated approximately 280km northeast of Yellowknife in the Northwest Territories (NWT) of Canada. Van Santvoort writes, "Canada’s geology and geography present advantages and disadvantages for the mining industry. While the expansive landscape provides many opportunities to find mineral deposits, they are spread over a huge area. Botswana is the world’s largest producer of diamonds by value. While its land mass is 6% the size of Canada’s, Botswana produces greater diamond value because it’s easier to find kimberlite, the rock best known for containing diamonds, in its smaller land mass."

“Canada’s got the attractive geology that lends itself to the potential to find kimberlites, but it’s over a gigantic, vast area,” Ormsby said. “The knowledge we have of the geology and the kimberlite potential in the southern Africa region is very high compared to the knowledge that we are trying to compile here in Canada over a gigantic area. It’s a blessing and a curse.” While De Beers and other companies have the knowledge and experience to mine in remote areas, paying to house labourers and fly supplies into these locations makes it extremely expensive for a mine to operate, the author writes. According to a report done in conjunction with the Mining Association of Canada, capital costs increase by 15% to 20% for diamond mines located in remote areas. Operating costs can also increase anywhere from 30% to 60%. As Ken Armstrong, president and CEO of North Arrow Mining Inc., a B.C.-based mineral exploration company summarizes: “Despite … these couple of mines opening in Canada, on a global basis there have not been many diamond discoveries. There could be a real lack of new supply coming on [over the next 20 years] because deposits simply aren’t being found.”