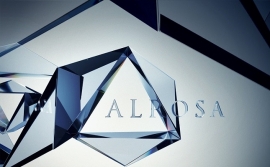 Russian diamond miner ALROSA reports that sales of rough by the ALROSA Group in August were 58% higher than the same month last year at $243.0 million. Meanwhile, polished diamond sales for the same period amounted to $6.3 million.

"ALROSA has noted a stable market recovery trend after 2015. However, the company's market outlook is still moderately conservative," the firm said in a statement. "In August 2016, the company observed no seasonal slump in demand for rough diamonds characteristic of this month," said company Vice President Yury Okoemov.

ALROSA last month reported that revenue for the first half of 2016 soared 42% on the year to $2.88 billion.