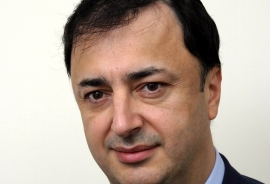 Diamond and jewelry tycoon Lev Leviev has won more than $100 million from an arbitration panel in battle against his former business partner, the Julius Klein Group, The New York Post and other sources report. Lawyers for losing side tried but failed to have the court documents sealed in the Manhattan federal court case. But Judge Andrew L. Carter Jr. agreed only to redact the amount of the award, which the Post cited industry sources as saying was “well north of $100 million.”

“This is not a million-dollar award for trading, for trading transactions," said Klein family attorney Alan Levine in court papers. "This is an award that will attract the attention of the business public and will impair their ability to do business going forwards.” The Kleins are contesting the award claiming it was by a corrupt arbitrator who was convicted of tax evasion during the proceeding. Neither Levine, nor Leviev’s attorney, Charles Michael, commented on the case.