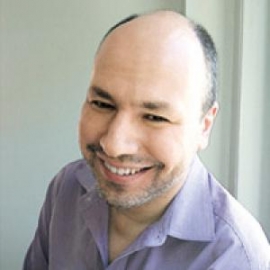 JCK's award-winning news director Rob Bates sat down for a chat with Internet radio program "The Daily Beat" on Breakthru Radio (BTR) to talk all things diamonds, and in particular the Kimberley Process and diamonds in American culture.

BTR: What effect did the movie Blood Diamonds (2006) and reports after that have on the diamond industry?

RB: It hurt sales a little bit but not significantly. The film itself didn’t do very well, but it had a second life on Netflix. It was more the after-effect than the movie itself that brought attention to these issues. It came out in 2006, and here we are in 2016 and were still talking about it. It had a bad effect on the relationship between the NGOs and the industry, but the recession was a bigger factor than that movie. When people say the diamond industry has a perception problem, I want to say that there’s not many commodities or industries that have had a whole blockbuster movie devoted to trashing them. So it’s had some effect, but it hasn’t been huge.

BTR: Can you describe the significance of diamonds in American culture and the sentimental value attached to them?

RB: Most engagements even today are celebrated with diamonds. They have a good image here in the U.S. and elsewhere. A lot of that is thanks to advertising, but when people say it is strictly a marketing thing, well you know: if people could market water as a symbol of romance, they would do it. People will market anything if they can, but for whatever reason - whether it's their physical characteristics or the notion that they are billions of years old - diamonds have been able to latch onto the perception of romance, and it works well.

BTR: What is your general opinion of the Kimberley Process? A lot of people say it does not go far enough. Where does it succeed or fail?

RB: It is a huge topic. I certainly like the model: the fact that the industry, NGOs and governments can get together and solve a problem. It’s gotten a lot of criticism, but the U.S. government sees it as important because it is a model process. They like these kinds of multi-stakeholder initiatives coming together. They like the model. So that’s a pro. Another pro is that the issue of conflict diamonds is a lot less serious than it was 15 years ago. When this started around 2000, 4% of the world’s diamonds were said to be involved in these civil wars, and before then, when Angola was really hot, it was more like 10%. But even 4% - that’s a lot of diamonds, a lot of money fueling these conflicts. I don’t think anyone can say the KP helped end these conflicts, but it certainly helped increase the pressure on these rebel movements. Now maybe 1% are 'conflict' diamonds. The other positive thing is that by making an economic incentive for diamonds to leave a country legally, it has increased legitimate diamond exports, and that money goes back to the people.

The minuses: I agree it does not go far enough, it’s very bureaucratic, there’s a lot of politics and the industry tends to look at it as a cure-all for all these issues, which it certainly isn’t. And it can be very hard to enforce because you are dealing with countries that have no money. We cannot even enforce our own border here in the U.S. So you could imagine what it's like for a country with zero dollars. That’s the problem. How do you enforce something like that? You are dealing with sovereign countries, and a product that people can put in their pocket and carry from one country to another. But it’s good that we have it, and nobody wants to get rid of it. It brings improvement but it does not solve all the issues.