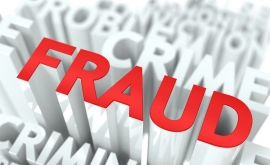 Three Texas men are awaiting trial after allegedly tricking 77 investors out of $6.5 million in a diamond investment fraud scheme, according to the U.S. Justice Department. The men have all been charged with wire fraud and conspiracy to commit wire fraud, while two are also accused of mail fraud, according to the Dallas Morning News. They could face 20 years in federal prison if convicted.

Craig A. Otteson was CEO of Stonebridge Advisers, which served as the managing partner of Worldwide Diamond Ventures in Dallas, the Justice Dept. said. Jay Bruce Heimburger was the director of JBH Securities Inc. and provided investment advice to Worldwide Diamond. The third man involved is Christopher Jiongo. The government said the men used Worldwide Diamonds from 2011 to 2013 to defraud nearly 80 investors by concealing information from them, including details about how they would use investors' money. Worldwide Diamonds filed for bankruptcy in October 2013.