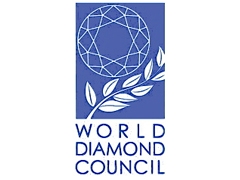 The World Diamond Council (WDC) gathered in New York City last week for the organization’s 12th Annual General Meeting (AGM), focusing on its proposed new Strategic Plan to guide the organization’s work through 2020 as it continues to serve as the industry voice in the KP. Hosted by the United States Jewelry Council (USJC) and with the support of Signet Jewelers, ABN Amro Bank, De Beers Group, Brinks, UL and JCK, more than 100 representatives from the diamond industry, government, civil society and media came together to study new proposals for current industry self-regulation procedures, as well as proposals for the Kimberley Process (KP) review process to be engaged in 2017. “The WDC has been tasked with maintaining stability in the diamond world, building upon the successful eradication of 99% of the world’s conflict diamonds,” stated Andrey Polyakov, president of the WDC and vice president of ALROSA.

Maurice Tempelsman, Chairman of the board of directors of Lazare Kaplan International Inc., delivered the keynote speech: "It is vital to maintain a sense of direction and the WDC is a rarity in that its mandate requires strategic dialogue with governments as well as nongovernmental organizations,” said Mr. Tempelsman. Expressing the U.N.’s perspective, H.E. Ambassador Vitaly Churkin, Permanent Representative of the Russian Federation to the U.N., noted, “The WDC is the strongest lobbyist for the diamond industry within the Kimberley Process and a perfect example of an organization coming together to accomplish goals through compromise during a time of continuous global instability.” WDC members also heard from Mr. Robert Owen-Jones, Assistant Secretary of the Australian Department of Foreign Affairs and Trade, who will become the next KP Chair in 2017.