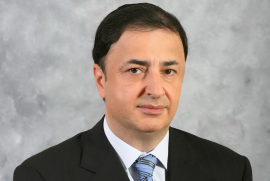 LLD Diamonds, part of the Leviev Group of Companies owned by Israeli businessman Lev Leviev, was the largest buyer of rough diamonds at ALROSA's first auction in Vladivostok, according to two sources close to the companies and CEO of GK Ruiz (part of the Leviev group) Valery Morozov. An ALROSA representative declined to comment.

In early September, ALROSA sold 19 large stones weighing 1,098 carats for $14.6 million at the tender in Vladivostok. LLD diamonds bought diamonds worth $6.4 million, Morozov said. ALROSA also sold 28 polished diamonds at the tender, 18 of which were fancy shape, for $3.6 million. LLD bought several diamonds for $796,000, according to a report on Rough & Polished, citing a Russian news source.

"ALROSA invited us to take part in the auction, and we were able to buy a big and rather attractive lot," Morozov said. It was important for ALROSA from a political perspective to demonstrate that there is an infrastructure in Vladivostok for diamond trading and it is as good as Antwerp, Tel Aviv or Moscow, Rough & Polished explained. "Rough diamonds will be cut and polished, and some of them will be sold in one of the stores of the Moscow Jewelry Plant, which is owned by Leviev," according to a source close to the businessman.