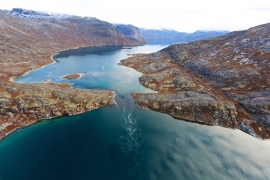 True North Gems Inc. said that True North Gems Greenland A/S (TNGG), the company's operating subsidiary in Greenland, has initiated voluntary bankruptcy proceedings under the Bankruptcy Act in Greenland. TNGG's main asset is the Aappaluttoq Ruby and Pink Sapphire deposit and mine in S.W Greenland. The company owns 76% of the outstanding shares of TNGG, LNS Denmark APS (together with its affiliates, the LNS Group) owns 17%, and Greenland Venture A/S (Greenland Venture) owns 7%.

"True North management have worked relentlessly over the last year with various financing groups in an attempt to secure the necessary funding," the firm said in a statement. "The company has also been in negotiation with the other major creditors and interested parties of TNGG to enable TNGG to continue operations. These initiatives have proved unsuccessful and TNGG was unable to re-capitalise in sufficient time to meet its September 2016 expenses. Therefore the board of TNGG instructed TNGG management to initiate proceedings for voluntary bankruptcy."

The Greenlandic Court has appointed trustees who will administrate on behalf of TNGG regarding the Aappaluttoq Mine and the associated mine license and assets. The Trustees will inform TNGG's creditors about any proposed material actions respecting TNGG or its assets. True North is TNGG's largest creditor, the LNS Group is TNGG's second largest creditor and Greenland Venture is the third largest creditor. True North will provide further updates as information becomes available.