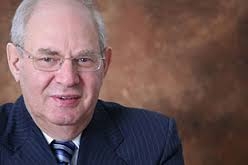 In the lastest installment of the Diamond Intelligence Briefing (DIB), diamond industry analyst Chaim Even-Zohar presents a searing indictiment of the rough diamond trade in the United States, "The world's most convenient and 'uncontrolled' rough transfer market", claiming that, "The main justification for the overwhelming bulk of the (U.S.) rough trade is pure transfer pricing*." This rough diamond 'stopover' in the U.S. also "endangers the integrity of the legitimate U.S. diamond trade - which is mainly polished and diamond jewelry." Furthermore, Even-Zohar claims that NGO watchdogs turn a blind eye to the United States in this regard: the Kimberley Process (KP) administration is well aware of it - and has been for a long time - while U.S. governmental KP officials "seem to quietly condone it".

The great irony, writes Even-Zohar, is, "That the US government is one of the leaders pushing for a chain of custody system through its large retailers, but it fails to see or turns a blind eye to activities which hinder that very concept in its own territory." It is "as if", he continues, "there are two edicts: One for the U.S. KP system and another for the rest of the world." This has led to the situation where much more robust actions on the part of the KP and NGOs concerning transfer-price abuses and money laundering in the rest of the diamond world - to wit, the recent series of three KP forums on diamond valuation - are leading to simple shift of the problematic: from Africa to the U.S., where the goods are now re-routed.

Confronted with the clear and well-documented discrepancy between the value of rough diamond imports and exports to and from the U.S. in the years 2002-2015, the DIB had to dig deep to look for plausible explanations. The "most convenient" one put forward on the U.S. side is sales of the US's 'Strategic Stockpile' of rough diamonds: "It's like having a domestic diamond mine". This stockpile was to explain how the volume of rough exports equalled that of rough imports, despite the US producing no diamonds of its own, but fails to explain the significant price descrepancies of those imports and exports (from 2003-11, re-exports were valued at -49% of imports; from 2012-15 at +24% the value of imports). Further undermining the explanation is that nearly the entire stockpile was sold in the past century.

Leaving the details aside, suffice to say that for Even-Zohar and his team, "The issue that bothers us isn't the stockpile, but rather how the stockpile argument has been used to draw attention away from the apparent transfer-pricing and alleged money-laundering practices involving some unscrupulous operators - mostly from outside the organized and well-established diamond trade. It has become a convenient excuse for financial manipulations for which the U.S. KP Authority has no plausible explanation." They also had no explanation for why rough import statistics from the U.S. KP authority and the U.S. Census Bureau (the official source for U.S. export and import statistics for all commodities entering and leaving the United States) differed by anywhere from 0.5 to 1 million carats in the years 2006-2012. To clarify what this means: the U.S. KP authorities have been systematically manipulating the import figures to make it appear that more rough carats have entered the US than the Census Bureau claims.

"Something is Rotten in the State of Denmark"

This line, borrowed from Act 1, Scene 4 of Shakespeare's Hamlet and warning that "there is cause to be suspicious of people and their motives", is the bottom line of this DIB. That Even-Zohar remains critical of the U.S. KP Authority - and that it does not represent the KP as a whole - is beyond question, but he holds out hope and highlights the shared interest of industry and government to tackle the situation, particularly as money laundering and terrorist financing go hand in hand. Perhaps the announcement that the U.S. State Department, U.S. Census Bureau and the United States Kimberley Process Authority (USKPA) have formalized a Public-Private Partnership as a measure of enhancing the process by which the US industry can acquire government validated Kimberley Process Certificates (KPCs) for the export of rough diamonds from the US, will be a step in the right direction.

* To clarify, transfer pricing is "the biggest tax avoidance scheme of all", according to The Guardian's 2009 series "The Tax Gap": "The name of the game is to shift profits to low tax jurisdictions and avoid taxes in countries where corporations have substantial trading operations." This works in two ways when it comes to diamonds: 1) Assume $100,000 worth of rough diamonds are imported from an associated party overseas. The importer shifts $50,000 of the value to an offshore account, and re-exports the diamonds to a legitimate diamond manufacturing country for $50,000. Official U.S. figures presented in the DIB provide ample evidence of this gross undervaluation of rough diamond exports from 2003-2011. Such figures would only be justifiable if the U.S. was a significant diamond manufacturer, which it is not: 2) Assume $100,000 worth of rough diamonds are imported, representing the price paid to the source. Once inside a tax-free trade zone, these diamonds are revalued to match the market price, and re-exported for $150,000, making the importer/exporter a handsome profit. DIB demonstrated this 'overvaluation' process taking place in the U.S. in the years 2012-2015, but in this case, it was a matter of low-quality/low-price industrial diamonds somehow being "reborn" as gem-quality diamonds.