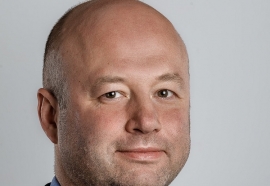 Diamond sales growth isn’t expected to accelerate any time soon as demand from China continues to slump, according to World Diamond Council President Andrey Polyakov in an interview with Bloomberg. Global polished diamond sales used in jewelry will increase 4 percent annually until at least 2019, according to Polyakov, who is also an ALROSA vice president. His estimate is essentially in line with Alrosa’s estimates for average annual polished sales growth in the past decade, according to the report.

“We see stable growth,” Polyakov said Wednesday in an interview in New York, where the Council is based and where its annual general meetin is currently taking place. He says the decrease in Chinese sales – a result of the country’s anti-corruption campaign – will be offset by stable demand from the U.S., Japan, the Indian middle class and in Europe, where Chinese tourists are supporting sales growth. Rough diamond prices dropped 18 percent in 2015 as slowing Chinese demand and an industry-wide credit crunch curbed purchases. Rough sales this year, however, have been strong. De Beers reported earlier this week that sales at its seventh sales cycle held in August amounted to $520 million.