Is Diamond Industry Going for Lead Instead of Gold? 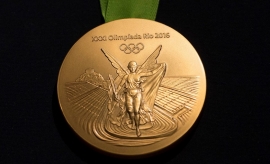 In his monthly column, Polished Prices' Charles Wyndham compares the diamond industry's performance to that of the Dutch women's hockey team at the recently held Olympics which, despite being the better team, managed to lose in the final. "Our industry is performing a bit like Holland. It holds all the aces but only manages to lose," he writes. "I have written before about the abysmal comparative performance of diamonds compared to either any other comparative commodity and also to other luxury goods. Now on top of that there is the growing threat of synthetic or cultured diamonds to natural diamonds. ‘Growing’ is a polite way of saying that there is a tidal wave building up out of view ready to come ashore."

He says the industry is doing very little to turn its situation around, and has never done much during the time he and older colleagues have been involved in the trade. "This ever kicking the can down the road is seriously risking the industry’s longevity. The very underlying strength and attractions of diamonds as a consumer product has allowed a state of stupor to overcome the industry. The first half year has been much stronger than I thought it would be in rough, in polished it has been about as disappointing as predicted. I find it difficult to believe that the second half will see any improvement in polished and presumably rough will have to take up some of the effects of this weakness, compounded to by the ever growing problem of liquidity. What the Olympics demonstrated yet again is that however good a set of cards you are dealt that does not provide certainty as to the outcome in your favor.

"Our industry really better start to think about changing its mindset if it wants to stay in the game. Instead of going for Gold in its current state it is going for Lead," he concludes.