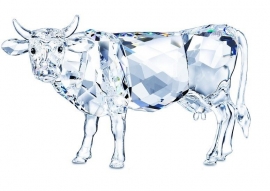 US aerospace company Lockheed Martin has filed a patent for a new kind of 3D printer. The patent, filed on April 4 by inventor David G. Findley, describes a new way of 3D printing which would use a pre-ceramic polymer and nanoparticle filler to create synthetic diamond objects of just about any shape, says a report in www.3dprintingindustry.com. The main aim of the printer will most likely be to make drill bits, sharp objects and possibly lightweight armor, but will also give jewelry makers untold design possibilities.

The report adds that De Beers Technologies has invested in two Stratasys 3D printing systems, the Fortus 360mc and a Dimension 1200es, to ramp up production of parts for equipment in the diamond industry. Initially the company was outsourcing its 3D printed needs, but the addition of the two machines means round the clock production at its Element 6 diamond R&D centre in Maidenhead, UK. The 3D printers are used to create automated methods for verifying and sorting diamonds, as well as helping engineers make machines that ensure all synthetics and treatments can be detected, the report added.