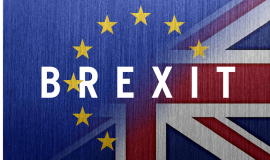 Despite the fears that the UK economy would tank following the vote in June to leave the European Union, figures from the Office for National Statistics showed that jewelry and watch retailers saw a 17% jump in sales in July. Retail sales generally surged by almost 6% on July last year, and are up 1.4% since June, Professional Jeweller reported. However, the jump in sales is likely due to good weather coupled and tourists taking advantage of the weak pound to visit and shop in Britain. The British pound has dropped to its lowest-ever figure against major currencies such as the US dollar and the euro since the Brexit vote.

Since major luxury jewelry brands have not re-tuned prices following sterling's decline, those items are regarded as being especially attractive. However, once inventory is depleted and new stock bought at higher prices, it's likely prices will be adjusted upwards. Phil Mullis, partner and head of retail and wholesale at UK accountancy firm, Wilkins Kennedy LLP, commented: “July was the first full month since the Brexit vote was announced and there was certainly an anxious wait to see how this would affect the overall landscape. “However, it looks as though the UK has enjoyed a post-Brexit spending splurge as the good weather has resulted in a spike of sales, particularly for fashion retailers. Prices continue on a downward path, so the volume increases just show that there were some real bargains to be had this summer.

“Eventually, the weaker pound will catch up as retailers run their existing stocks at a low level and replenishing them could lead to increased costs. Whether the customer bears this, or the supplier, retailers should be adapting their forecasts to address the falling currency value and maybe relocating their supply chains so that they are here in Blighty. This will save on costs and reduce reliance on imports – so it will be interesting to see if more business could be done on home soil.”