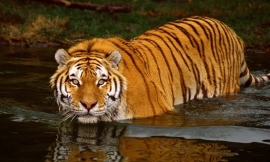 Rio Tinto on Friday decided to close its diamond mine project in Madhya Pradesh after being asked to explore the possibility of underground mining and wait until a river linking project was completed. The project had faced a series of environmental issues. Wildlife groups said the country’s first private diamond mining project would severely damage the wildlife corridor between the Panna Tiger Reserve and the Navardehi Wildlife Sanctuary. The environment ministry sought to limit mining only to 76.43 hectares out of the total 971 hectare project. In a letter to the state government on August 10, the ministry claimed that surface extraction “would entail greater extent of forest land use leading to permanent loss of the high quality forest areas” and “the project proponent may also explore the possibility of underground (mining)”.

“As part of its ongoing efforts to drive shareholder value by conserving cash and cutting costs further, Rio Tinto has decided to not proceed with development of its Bunder project in India," Rio Tinto Exploration India Private Limited said in a statement to The Indian Express. "Accordingly, we will be seeking to close all project infrastructure by the end of year 2016.”

It is a setback for the Madhya Pradesh government as Chief Minister Shivraj Singh Chauhan had himself pushed for the statutory clearances required for the project, the paper reported. The diamond mine was expected to provide substantial sums in royalties and taxes to the state government. The paper cited Rio Tinto sources in the country as saying that it had already invested millions of dollars on prospecting and had hired more than 300 people at the project site

The deposit is estimated to have diamond reserves of 34.2 million carats. Rio Tinto commented that “the Bunder deposit is a high-quality discovery” and offered to help the state and the government to find a “third-party investor to carry forward the development of the project”.