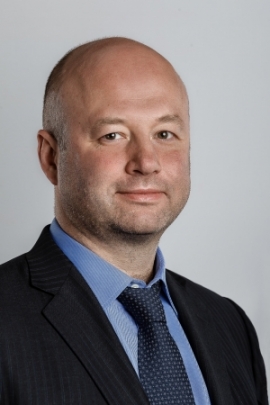 Andrey Polyakov, President of the World Diamond Council and Vice-President of ALROSA, sat down for an interview with Interfax (translation published exclusively by Rough-Polished), covering everything from the work and mission of the World Diamond Council (WDC), the Kimberley Process (KP), the Diamond Producers Association (DPA) and consumer demand for complete information about jewelry, to the possibility of ALROSA joining the Responsible Jewellery Council (RJC), setting up a diamond tracking program in China and the consumer markets in India, Brazil and the United States. A few snippets:

On the World Diamond Council and KP

At one time one of the major challenges facing our industry was related to the so-called "conflict" diamonds - stones that were used to finance purchases of weapons for all sorts of insurgent groups. So, the KP was created precisely in order to protect the market against the penetration of such diamonds in the legal circulation. When KP was being established, it became obvious that it was important to invite the diamond business to take part in the KP work, as only the diamond business has deep understanding of the diamond market and is able to provide sufficient expertise. To this end, the WDC was founded. KP has reached great progress during the 15 years of its operation. Today, more than 99% of all diamonds in the market have confirmed conflict-free origin.

On winning consumer confidence in diamonds

Jewelry houses note that customers increasingly ask about the origin of diamonds they buy. This is largely due to the new information environment in which we live. The example of CAR is revealing. The volume of diamond mining in the Central African Republic is a drop in the ocean, but once again this conflict brought the story about "blood diamonds" to the cover of the Time Magazine and then it was carried by all global media. If you google for "diamond miner", the first thing you will see will not be information about ALROSA or De Beers, the companies engaged in high-tech mining operations, but photos of African children with shovels, mining diamonds in inhumane conditions. There is no doubt that this results in psychological pressure on buyers ... However, this turns to be a challenge for our entire industry, on which whole cities and even countries rely. This is not just a problem of universal nature, it is also a commercial problem.

Major US retailers - for example, Signet or Tiffany - can guarantee the origin of diamonds largely because they buy stones either directly from producers or because they deal with the most proven diamond manufacturers. But if you look at the statistics, small retailers account for more than 60% of all jewelry sales. Such small sellers find it much more difficult to give assurances to customers - not because they are not responsible sellers, but because they themselves do not have this kind of information ... The problem has already reached the level of legislators. For jewelers and retailers such additional regulation will mean a dramatic increase in all sorts of procedures and costs. Therefore, the main task of the diamond market now is to show that it is able to ensure the entire sales chain.

On ALROSA joining the RJC

From the practical point of view, if we are talking about "proof" of origin, the industry has established a certification platform, the Responsible Jewellery Council (RJC). RJC certifies the business practices of its members through an independent auditing system. ALROSA intends to apply for RJC membership and this has already been approved by the shareholders. Unlike KP, which monitors only the system of state control over diamond turnover, RJC explores the activities of companies more widely, focusing on compliance with environmental regulations, human rights, labor laws, the system of social guarantees for workers, non-use of child labor and many more things ... Getting an RJC certificate for us will mean a certain promotion of the company as a responsible producer of rough diamonds in the market.

On ALROSA discussing a tracking program in China, which permits identification of every diamond from mining to selling it to the final consumer.

Retailers are requesting guarantees of origin regarding the rough from which polished goods are made. The idea is to provide the customer with information about the place the stone was mined or manufactured, and also about what good was done by this stone to the development of human communities. After some joint research with Chinese retailers, we took as a hypothesis that the Russian origin diamonds can give added value to the diamond jewelry sold in China. China is the second-largest market in the world for jewelry consumption. We assume that it will be possible to launch a project in this market, which will promote the Russian origin of diamonds per se commercially. In general, similar requests for tracking come from the United States and other major markets. If we talk about the US market per se, it should be said that for this market it is increasingly important to have no negative information associated with diamonds – meaning human rights, a conflict-free background, environmentally benign business and social responsibility.