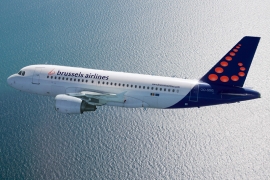 Earlier this year, India's Jet Airways pulled out of Brussels and relocated their operations to Amsterdam, leaving Brussels Airport without a direct flight to India. Today, after having reached an agreement with Air India, Brussels Airlines has announced that they will start flying directly to Mumbai in March 2017. This news was received very positively by the Antwerp diamond industry, according to a press release from the Antwerp World Diamond Centre (AWDC). “We have frequently indicated that this is a very important destination for us,” says AWDC CEO Ari Epstein. Diamonds account for 82% of all Belgian exports to India.

“As a wholesale diamond trade center, we ship three-quarters of our rough diamonds to India to be cut and polished, good for approximately $7.1 billion worth of rough exports on an annual basis,” explains Epstein. “Due to the large number of manufacturers in India and the significant percentage of traders from the Indian community represented in the Antwerp diamond industry, the connection between Belgium and India is very extensive. A direct flight is therefore a tremendous asset for our industry and will make the lives of a great many diamantaires that much easier,” Epstein adds.

Last year, according to Eurostat, the European Union exported more than $42 billion in goods to India. As a result of trade from the diamond industry, Belgium was the second largest exporter of goods to India from the European Union ($8.71 billion), just behind Germany ($10.84 billion). The United Kingdom, with $5.92 billion worth of exported goods to India, ranked third. “Therefore, diamonds alone account for a fifth of all European export goods to India,” says Epstein. “The Antwerp diamond industry is thus not only an important player in European-Indian trade relations at the Belgian level, but also at the European level. A direct flight will further improve and intensify this strong relationship.”