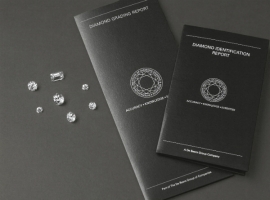 The International Institute of Diamond Grading & Research (IIDGR), part of The De Beers Group, has announced the agreement of a partnership with the National Association of Jewellers (NAJ) for its diamond grading service in the UK, whereby NAJ members will benefit from preferential terms when they submit diamonds to the IIDGR’s UK lab for diamond grading, according to a De Beers press release. Commenting on the partnership, Jonathan Kendall, President, IIDGR, said: “Working with bodies such as the NAJ, IIDGR hopes to bring consistency, accuracy and increased security to the diamond sector. Grading is of central importance to consumer confidence and we therefore see our offer as a great fit with the work of the NAJ. We look forward to working with them and their members.”